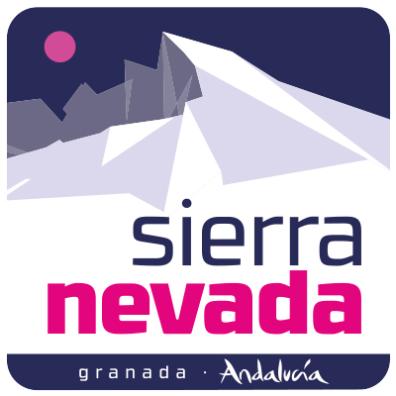 With more than 110 kilometres of trails contained in 132 ski runs, Sierra Nevada provides one of the largest and most attractive skiing domains in southern Europe. This winter resort stands out as having the greatest skiable vertical drop in Spain (1,200 metres), for the width of its trails, and for the daily ski slope grooming (380 snowcat-groomed hectares), with clean, wide, obstacle-free slopes for all levels. The modern snowmaking system of Sierra Nevada supplies 44 slopes (35 linear kilometres). Sierra Nevada is kicking off this season with the Ski Mountaineering Itinerary opened up during the previous season, and launching a new Nordic skiing circuit located near the lower Virgen de las Nieves chairlift station.

Tricks, impossible somersaults, extravagant manoeuvres, riders and gliding in an explosion of colour with juvenile audacity. The mini beginners’park is ideal for starting with easy slopes before taking on the longest “slopestyle” slope in Europe: four sectors of slopes and jumps throughout “Loma de Dílar”. The biggest permanent half-pipe in Spain and a ski/snowboard cross run put the final

Shops, restaurants, bars, ski shops, nightlife, terraces, etc. what Sierra Nevada has to offer after you’ve finished skiing is overwhelming, but it doesn’t stop at Pradollano. Sierra Nevada, Granada and the Costa Tropical have cultural and leisure facilities, resplendent Mediterranean beaches and a great deal more in an environment difficult to find.

There is a site for families to visit in Sierra Nevada: “Pista del Mar” slope. Nestled in the heart of Borreguiles, the “Pista del Mar” slope has been the hub of family fun since last season, with its huge marine figures marking the route and its children’s activities prepared for the entire family. Not very far away is the “Pista El Bosque” slope, decorated with mountain animal figures, as well as the Alpine Garden, where children make their first ski runs when they are still learning to walk. The “Chikiclub” restaurant has special menus for children and rounds out the family experience in the ski area. The experience however continues in the Pradollano residential complex.

Famous for its legendary bet for ski competitions available to all age groups, Sierra Nevada together with the Spanish and Andalusian Winter Sports Federation, will organize one more time another season with more than 30 events in every branch of the snow sports. The Andalusia Cup for Alpine Skiing (young adults and children), the Spanish Championship of Mogul and Slopestyle, the freestyle circuit for children (BigAirvin, Bachevín and Crossvin) are the main focus of the sports program that also includes Ski Mountaineering, Nordic Skiing and the emergent Snow Running

The spot that guarantees the most fun is the Mirlo Blanco area, now an amusement park for you to enjoy the snow without putting on skis. A magic carpet, toboggan runs, sit-skiing, skate skiing, skibobbing… And don't forget to try out the main attraction: the Russian Sleigh which will make you fly over the snow.