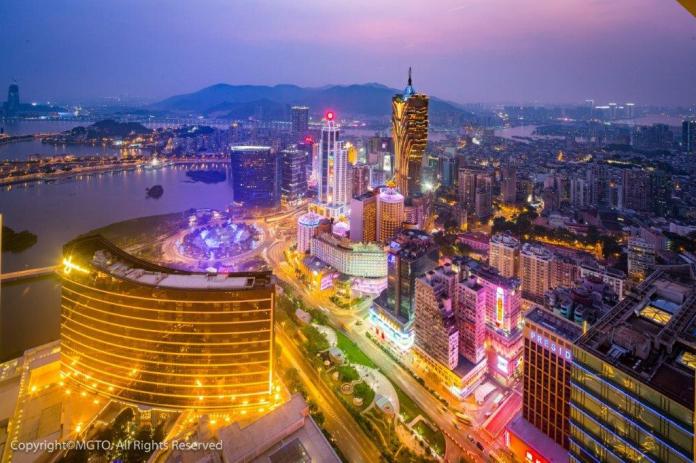 On December, 20th, 2019, the Macao Special Administrative Region is celebrating its 20th anniversary. After a presence of more than 450 years, on midnight of December 19, 1999, its administration passed from Portuguese hands into those of the People’s Republic of China.

The territory lies on the western bank of the Pearl River Delta, in Southern China, and consists of the peninsula of Macao and of two adjacent islands, Taipa and Coloane. In the 1990s, the two islands were joined by a huge landfill, known as Cotai. The neighbouring Hong Kong S.A.R. is located on the eastern bank of the delta, at a distance of around 60 km. Portuguese and Chinese are the official languages of Macao until 2049 and English is widely spoken. Macao also has its own currency, the Pataca, which is almost identical in value to the Hong Kong Dollar. Its world-class accommodation, offering about 39.000 rooms, its easy access, which now includes the HKZM bridge, its compact size and state-of-the art MICE facilities, make Macao the ideal meeting venue in Southern China and at the same time a World Centre of Tourism and Leisure.

As a result of the uninterrupted co-existence between Portuguese and Chinese since the 1550s, the “Historic Centre of Macao” was included on UNESCO’s world heritage list in 2005, featuring Eastern and Western style buildings of both secular and religious nature, as well as several town squares.

Through the Portuguese explorers, flavours from along their routes of Discoveries entered Macao, which are still visible nowadays in its native Macanese cuisine. With the massive arrival of upscale international hotel chains since about 20 years, the culinary scene broadened, too. Nowadays, Macao has 19 Michelin-starred restaurants, totaling 30 stars, as well as bib gourmand restaurants and famous street food. In 2017, Macao became a member of the UNESCO’s network of Creative Cities in gastronomy.

Visitors can feel the excitement of Macao’s most famous and oldest international sports event, the Macao Grand Prix, through a simulator of the Guia race course at the Macao booth, daily from 10h-14h and from 15h - 19h.

If you are becoming curious about this tiny yet grand territory, we cordially invite you to Experience Macao Your Own Style! For more information or a test drive on the race simulator, visit booth C27 in pavilion 6!