How to organize an exhibition after the pandemic

The Tutankhamun exhibition -which arrived in Madrid in November 2019 and closed its doors temporarily due to the pandemic- lived its lockdown in IFEMA Hall 5.1 to reopen with great success during the “new normal”. Adapted to the new health protocols and sanitary measures, the exhibition has attracted 138,000 visitors since its reopening. The fascination with Ancient Egypt lives on through the centuries and no pandemic can reduce the impressive Pharaoh's tomb and the replica of his treasures. We talk to Rafael Giménez, Sold Out managing partner, who explains how the exhibition has gone before and during the health crisis.

The exhibition showed in a didactic but accurate layout the history of Tutankhamun and the excavation works in the Valley of the Kings. In 2000m2, the visitor could discover the three burial chambers dedicated to the pharaoh just like the archaeologist Howard Carter found them in 1922, forming a treasure of 1,000 pieces.

This recreation required a particularly large space, not only due to the numerous pieces, but also because many of them were quite large. Sold Out, the promoter of the exhibition, tells us that the origin of having a large space to host this type of cultural and entertainment exhibition at IFEMA took place in the Harry Potter exhibition in 2017. "Due to the success of the Harry Potter exhibition, which received 475,000 visitors, we considered setting up a permanent space to bring more touring international exhibitions of this kind, whose content and venue requirements did not fit within the museums in the city. “After an agreement with IFEMA, Hall 5.1 was set up with almost 4,000m2 divided into two exhibition spaces with a common hall connecting the two galleries.

Tutankhamun opened up in November 2019 starting simultaneously with the Game of Thrones exhibition. The history and the treasures of the pharaoh had a great reception, hosting 95,000 visits during its first four months until March 2020. 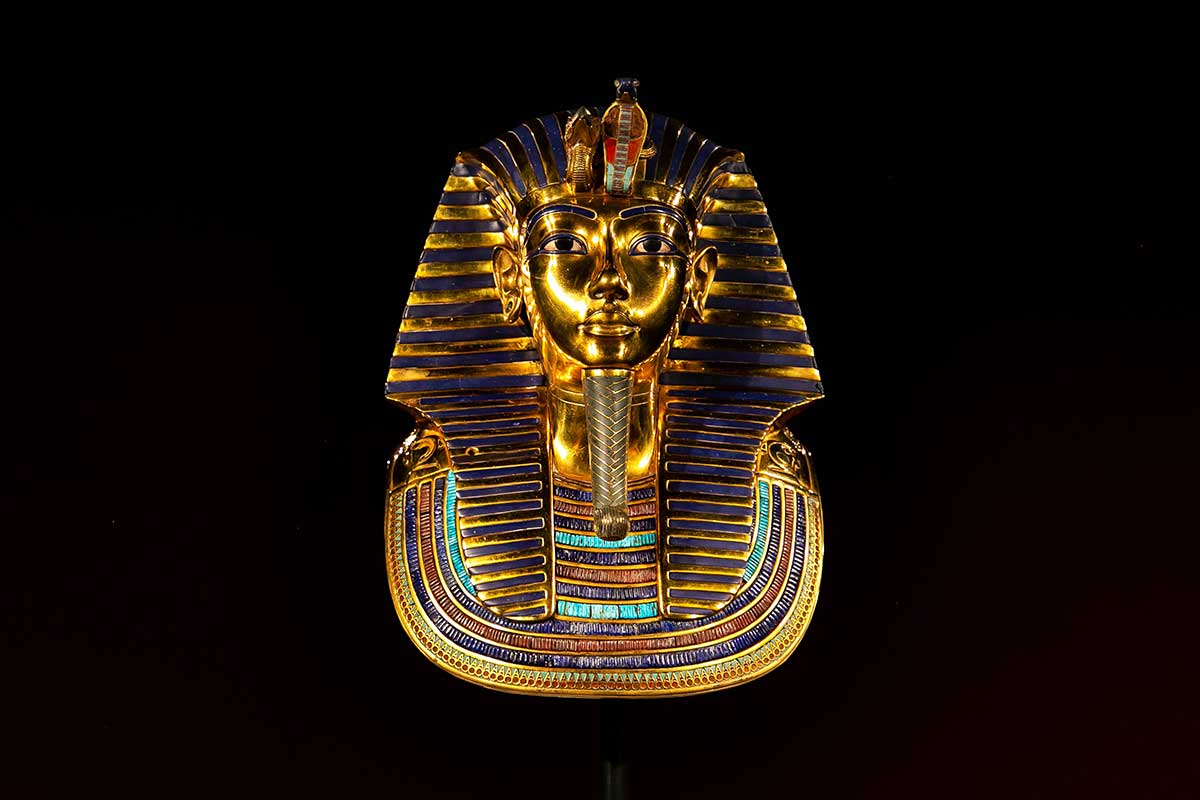 The beginning of the pandemic forced the organisers to wisely close the exhibition just the day before the state of alarm and lockdown were declared. During these weeks, “we were considering the possibility of dismantling it. The exhibition producers had some doubts, as the situation was not much better in Europe either and countries were confined as the pandemic progressed, so the tour programme of the exhibition was also canceled. Finally, it was decided to keep the exhibition as it was, guarded to avoid damage during lockdown".

Back to new normal and visitors in summer

During the easing of the lockdown, it was considered to leave Madrid and not reopen the exhibition, always depending on how the pandemic was evolving. "In June, we talked again with the producers to see if they wanted to tour it to any other country, but finally it was decided to open again on July 16th to see how the public greeted the reopening."

Despite the summer season and the high temperatures, the exhibition welcomed an average of 600-800 visitors a week during the summer months. With the arrival of the autumn and indoor leisure plans, the visits rose to 2,000-3,000 attendees a week in October, with particularly good figures during the October and November long weekends. "We foresaw to reach around 135,000 visitors by January 10th, the closing date of the exhibition", Sold Out estimated; but the figures have been exceeded, reaching 138,000 visitors.

Just the size of Espacio 5.1 and the 2000m2 taken up by the exhibition allowed to reopen only considering the capacity of each slot.

We still had space to fit all the exhibition pieces and keep on with the visits respecting the security measures and capacity limits. With such a wide space, the visitors felt comfortable to easily keeping social distance”

Even so, it was necessary to pay special attention to the bottleneck of the exhibition: the initial ten-minute video area where it was explained how Howard Carter discovered the tomb. The capacity of this point had to be specifically controlled in each viewing.

Before the pandemic, the visits were already organized in half-hour slots, designed for an itinerary of one hour and a half, estimating 150 people per hour to guarantee a positive experience. After the reopening in July, “the reduction in capacity did not affect us too much, as except in specific slots during weekends or bank holidays, where there have been more full time slots, we did not sell-out tickets. With 2,000m2, the capacity of the venue was around 400 people. With the capacity reduction to 30%, we were able to sell up to 150 people per hour and many days we had 600 people throughout the day. So, except for some extremely specific schedules the capacity was very comfortable”.

With sanitary protocols to guarantee safety

“Nowadays we have gotten used to it and we take it for granted, but when we reopened, we had to communicate them very well, especially on the web. People had doubts and asked a lot about the security measures in the exhibition”. In addition to the mandatory use of masks, hand sanitizer points and maintaining social distance, the attendees temperature was screened - not allowing access to the exhibition to those who had more than 37.5º fever; there were disinfectant carpets at the entrance of the building and facilities and surfaces were continuously disinfected, especially the audio guides.

"Taking into account that the public interested in Ancient Egypt was especially sensitive to the pandemic -ranging from families with children very attracted to Egyptian civilization, to older people interested in History- we have not registered incidents and the itinerary acceptance of the measures has been very good”, Giménez says.