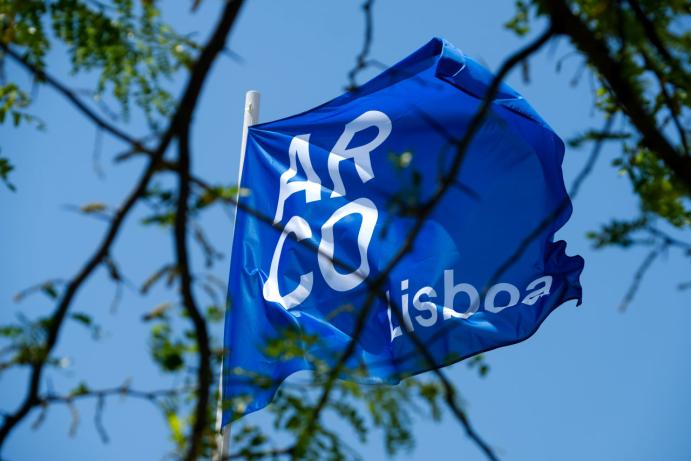 ARCOlisboa 2018, organised by IFEMA and Lisbon City Council, closed the doors on its 3rd edition, securing itself as a huge international meeting point for Portuguese contemporary art and exceeding the overall number of 11,000 visitors, standing out for the high level of the content at the fair, as well as a high-quality public, which has translated into bigger sales and the consolidation of its global recognition.

The interest aroused by the artistic proposals from the 72 participating galleries, located in the historical space in the Cordoaria Nacional, along with the social and cultural programme of the city, has been the best way to attract prominent collectors and international professionals, as well as representatives from institutions such as the San Diego Museum of Art; Pérez Art Museum –Miami-; the Guggenheim Museum –Bilbao-; the MALBA -Buenos Aires-; the Palais in Tokyo –París-; the Parasol Unit –London-; the Jeu de Paumme –París-, and the  Musée d'art Moderne et Contemporain Genève.

Likewise, the Helga de Alvear Foundation has acquired a work by Mario Merz and JuliãoSarmento (Giorgio Persano) and Gil Heitor Cortesão (Pedro Cera), and the Serralves Foundation confirms that it will incorporate different pieces acquired at the fair into its funds.

ARCOlisboa has presented the Opening Prize award for the first time, which went to the Polish gallery BWA Warszawa, with its headquarters in Warsaw. This accolade awards the best stand in the exhibition space provided by the fair.

The commitment from the city has equally contributed to this outcome, which has celebrated ARCOlisboa all over it. The main contemporary art agents in Lisbon have added to this enthusiasm, not only the galleries, artists and institutions, but also the collectors have offered up meetings, sharing their collections with the guests at the fair.

For yet another year, the huge support for the fair from the Portuguese institutions standard out, with the presence of the President of the Republic, Marcelo Rebelo de Sousa at the opening event, as well as the Secretary of State for Culture, Miguel Honrado, and the Mayor of Lisbon, Fernando Medina, as well as different authorities and personalities from the public and business arenas of the country. On his part, the Ambassador of Spain in Portugal, Eduardo Gutiérrez Sáenz de Buruaga, has also been present, as well as the highest representatives of IFEMA, Clemente González Soler, President of the Executive Committee, and Eduardo López-Puertas, Managing Director.

The evaluation of ARCOlisboa in general has been positive. From Carreras Mugica they state that "the fair has been a success and the visitors very interesting. We have welcomed buyers from the USA, Belgium, France, Brazil, Spain, as well as a high-level public from Portugal.  And we have sold works by all the artists that we have brought." For Pedro Cera  "it has been an edition with an amazing flow of visitors and in qualitative terms. The fair has more and more foreign collectors, as it is also very good news to see that Portuguese collectors are back on the market".

AtUma Lulik they confirm that "it is very important for such a huge project to have been launched in Portugal. It has been a very interesting fair which has brought together a lot of collectors. We are really satisfied in terms of sales since the first day". Along the same line, from Cristina Guerra they state that "this year we have noticed a lot of interesting public who are more interested. There are also some big collectors very focused on the fair". AndBruno Múrias remarks that "there have been more visitors from other countries like the USA, Canada, Australia and collectors coming from France or Belgium, for instance. We have made more contacts with professionals which has generated a higher level of sales". On his part, Francisco Fino shows his satisfaction and confirms that "our second year is working very well, having surpassed all expectations regarding both the business transactions at the fair as well as the actual gallery with the activity generated by ARCO. We also see a huge investment in groups of collectors and a good turnout every day".

ARCOlisboa, a fair organised by IFEMA  and Lisbon City Council, which boasts  the institutional support of the Portuguese Republic Government; the General Art Directorate; EGEAC; the Navy; the Portuguese Tourism Board; the Lisbon Tourism Board, the sponsorship of the EDP Foundation, and with the collaboration of Café Pessoa will start to work on ARCOlisboa 2019.