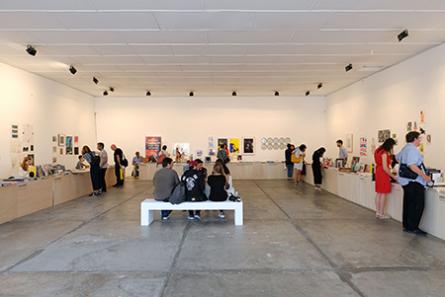 In its fourth edition, ARCOlisboa is going one step further in its determination to create a unique event model. For the first time it will be focusing its attention on a specific geographic location: Africa. The new section, ‘Africa em Foco’ will be one of the fair’s most surprising developments. The initiative has the support of Paula Nascimento, an architect and independent curator from Luanda and one of the most active professionals who, through her career and work, has established a special bond between both continents.

Starting from the unique international position of Portugal, Africa em Foco will include 6 galleries from Angola, Uganda, Mozambique and South Africa, with individual stands interspersed throughout the fair. A selection chosen by the curator Paula Nascimento, adapted to the size of ARCOlisboa.

In addition, a series of conferences will be held around Africa em Foco, coordinated by Paula Nascimento and centring on Africa's contemporary art institutions, with the participation of figures such as Raphael Chikukwa, chief curator of the National Gallery of Zimbabwe, Harare; Jeanne Mercier, critic, curator and editor-in-chief of the Afrique in visu platform, Paris/Lisbon; Azu Nwagbogu, Chief Curator of Zeitz MOCAA, and founder of the African Artists' Foundation, Lagos, and Marie Helene Pereira, programme director at the RAW Material Company, Dakar.