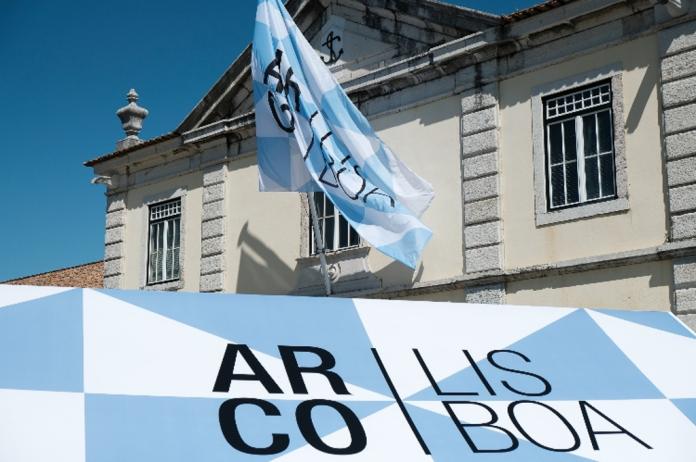 This edition is serving to consolidate the project and this sense of confidence has allowed it to increase its offering to a total of 72 proposals from 14 countries, an increase of 22.5 por ciento.

This growth will be evident in new content, such as individual projects by artists who will be exhibiting at the Torreão Poente for the first time, with extensive presentations of works by 10 Portuguese and international artists alike.  Among them are Esther Ferrer with Àngels Barcelona, José Carlos Martinat with Revólver and Mónica de Miranda with Carlos Carvalho.

Opening, a space devoted to recently-created galleries, will this year be holding its second edition, showcasing 12 projects once again selected by curator João Laia.  Some new additions are from Lisbon, like Balcony and Uma Lulik, while international galleries like Rolando Anselmi (Berlin/Rome), Bombon (Barcelona) and Copperfield (London) will also be there.

The main section of ARCOlisboa will be the same size, with 51 galleries.  The architecture has a central area completely open to the outdoors, allowing natural light to flood in, making the visit a unique experience.  As well as the leading Portuguese galleries that have supported the project from the start, new galleries like Krinzinger (Vienna), Helga de Alvear (Madrid), Carreras Mugica (Bilbao), Millan (São Paulo) and Greengrassi (London) will be launching their projects at the fair.

Another high-profile initiative that has been at ARCOlisboa since the beginning is As Tables Are Shelves, the independent publishers’ fair curated by Luiza Teixeira de Freitas.  The selection of publishers specialising in artists’ publications and other research books will be extended into one of the rooms at the Torreão Nascente.  This special project is a unique opportunity to start collecting from these creations in multiple editions, exploring the art and the ideas that inspire the creators.

FORUM AND PROFESSIONAL MEETINGS
Talking about art and collectibles will be one of the main discursive exercises at this edition of ARCOlisboa in a series of presentations, with free and open access, which will bring together leading practitioners.

The Torreão Nascente de la Cordoaria will host the Collectors’ Forum, which, with the help of the critic Isabel Carlos and with the support of Fundação Millenium bcp will set out to give visitors a deeper understanding of the motives and ways in which major collectors approach their labour of love. A few sessions will include the participation of collectors, such as, Jean-Conrad & Isabelle Lemaître, Harald Orneberg, Inge de Bruin, Paulo Pimenta, Luiz Augusto Teixeira de Freitas and Armando Cabral.

COLLECTORS AND PROFESSIONALS
ARCOlisboa has made a special effort aimed at different international promotion actions - national and foreign press; outdoor advertising - in addition to the programme of invited buyers and opinion leaders, who will bring to Lisbon more than 190 guests - collectors, directors of institutions, curators and other international professionals from the art world.

AMIGOS DOS MEUS AMIGOS
All the content present at the fair on which gallerists, curators, managers of institutions and collectors have worked so hard would be pointless if they had no impact on society.  At this third event, ARCOlisboa wants to give particular emphasis to stimulating new audiences.  To achieve this, Silvia Escorcio, in cooperation with museums like MAAT, Museo Coleção Berardo, Museu Serralves, Centro de Arte Quetzal, Museu Calouste Gulbenkian, Museu de Arte Contemporânea de Elvas, among others, and with the country’s main art schools and universities, will be presenting a special programme to attract a wider audience to contemporary art, stressing its importance as a catalyst for thought about the present and its projection towards the future. An initiative joined by Friends of other foreign museums such as the Museo Guggenheim Bilbao, Museo Reina Sofía and Museo del Prado.

PRIVATE INITIATIVE SUPPORT
ARCOlisboa 2018 has been able to count on the backing of private initiatives and important corporations and institutions through sponsorship actions in the different areas and initiatives present at the Fair. This edition, besides the Câmara Municipal de Lisboa, has the institutional support of the Gobierno de la República Portuguesa; Direçâo Geral das Artes; EGEAC; Marinha; Turismo de Portugal; Turismo de Lisboa, sponsorship of the Fundaçâo EDP, and that of the Fundaçâo Millenium bcp; Navigator Art on Paper; Rom; Ruinart e illy, among others.

GENERAL PUBLIC AND DESIGN SPACES
The Fair, always attentive to the city, is changing its opening hours to better match the rhythm of life in Lisbon. From 17 to 19 May it will open to the public from 14:00 to 21:00, while on 20 May the opening hours are from 12:00 to 18:00. To promote access to a greater number of visitors, the price of entry will be €15 to the general public and €5 for students. In addition, with the aim of getting the most out of your visit you will be able to get to know the artists and participating galleries by downloading the catalogue of the Fair at arcolisboa.com.

For the first time, a space on Sunday 20 will be devoted to the  ARCOkids workshops, designed by the Operaçâo Nariz Vermelho, which brings children closer to the contemporary art world.

One of ARCOlisboa’s aims is to harmonise the architecture of the fair with that of the building hosting it.  La Cordoaria, an outstanding example of 18th-century industrial architecture, will connect with the country's most contemporary architecture at this edition.  With the support of the Trienal de Arquitectura de Lisboa, visitors can enjoy a new space for meals, Viaticus, created by Atelier JQTS in collaboration with Daniel Maio and the artist Carlos Nogueira, which is carefully designed for the building and ARCOlisboa visitors. The fair will also feature cafés and bars, which will be open to the public, as well as a private lounge designed for the occasion by Gracinha Viterbo.

EXHIBITIONS IN LISBON
ARCOlisboa is not restricted to the physical space of the Cordoaria. The city is a unique setting that elevates the artistic importance of the trade fair project. The different spaces and institutions have programmes that will enable foreign visitors to understand why the Portuguese art scene is so lively at the moment. Individual exhibitions at the city's main institutions are an example of the vibrancy of the Portuguese cultural scene, and the natural way in which local artists are able to dialogue with the main international creators.

Among the individual exhibitions are those that MAAT will dedicate to Tomás Saraceno and Miguel Palma; Culturgest to Michael Biberstein; Fundação Carmona e Costa to Julião Sarmento; Kunstalle Lissabon to Sol Calero; and Pavilhão 31 to Jorge Molder.  Numerous other projects will feature a selection of Portuguese and international artists, such as the PÓS-POP exhibition at the Museu Calouste Gulbenkian, with participation by Teresa Magalhães, Eduardo Batarda, Ana Vieira, António Palolo, Nikias Skapinakis, Ruy Leitão, Menez and Allen Jones.

Another major area of interest will be the presence of collections.  The Municipal Chamber of Lisbon will present its 2016 and 2017 acquisitions at the Torreão Nascente , while the Museu Coleção Berardo will host the No Place Like Home, exhibition, with a selection of works from the collection at the Israel Museum.