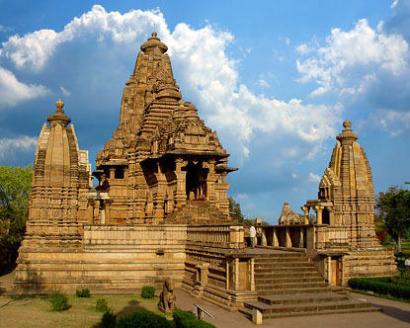 At the heart of India lies a region which will surprise even the most seasoned traveler. Madhya Pradesh, or MP as it is lovingly called, is both superlative in its offerings and peculiarly untouched. In the state’s wilderness, peacocks wander wild through thick teak forests and tigers prowl through several of the country’s best wildlife sanctuaries. The state is home to 3 UNESCO World Heritage sites - the 10th century temples of Khajuraho, covered in ecstatic erotic sculpture, is reminders of India’s ancient artistic heritage. Millennia old Buddhist monuments can be found at Sanchi and Paleolithic cave paintings at Bhimbetka– so much of the subcontinent’s unimaginably long history compressed into a single, vastly unexplored region.

At FITUR 2019, Madhya Pradesh will showcase its 25 wildlife sanctuaries, 10 national parks and 6 tiger reserves.  Madhya Pradesh also accounts for almost 20 per cent of India’s tiger population. By virtue of being a sanctuary for India’s National Animal, it has been deemed a ‘Tiger State’. The vast tracts of forested land are also a refuge for barking deer, leopards, cheetal, wild boars, blackbucks, nilgais and crocodiles. Barasingha (literally translated to `one with 12 horns`) is a swamp deer, the state animal of Madhya Pradesh.

The temples of Khajuraho are India's unique gift to the world, representing, as they do, a paean to life, to love, to joy; perfect in execution and sublime in expression. In Bhimbetka, vivid panoramic paintings in over 500 caves depict the life of the prehistoric cave dwellers, making it an archaeological treasure and an invaluable chronicle in the history of man. Sanchi is a major Buddhist pilgrimage site. Sanchi consists of an ensemble of stupas, holy shrines and monasteries, considered to be one of the oldest stone structures in India. The Great Stupa is a monument constructed to portray the life and journey of Buddha.

The Madhya Pradesh Tourism Development Corporation (MPSTDC) offers a range of picturesque and locally-flavored hotels and resorts at most of the important tourist centres in MP. More details are available at www.mpstdc.com

Spain and Europe are an important potential source market for tourists and MP will look to sign deals at FITUR 2019 with tour operators that will see the number of visitors from the country increase further.

Key to the strategy of increasing tourists from Spain is for MP to expand its campaign to people living outside of the main cities, with the belief that the close links between the two countries and their cultures will encourage repeat visitors.

There are currently more than 10 flights from Spain to India every day, from a variety of airlines including Emirates, Lufthansa, KLM and Air India.