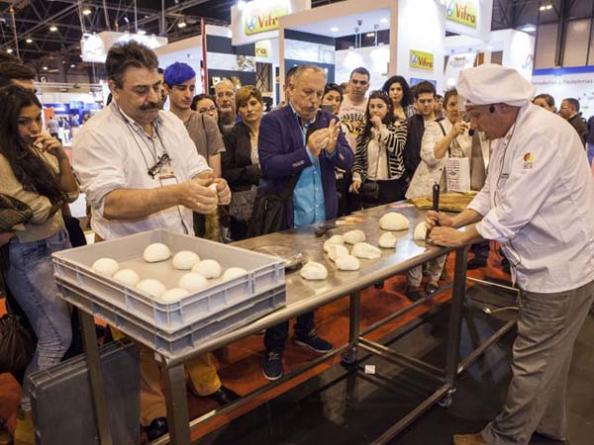 The baking sector will be supremely represented at Intersicop 2017, the International Baking, Patisserie, Confectionery, Ice Cream and Coffee Fair, organised by IFEMA, which will be held from 19 to 21 February at Feria de Madrid.

The speakers will include successful bakers like Xevi Ramon who will speak about "the excellence of bread in catering" as creator of Triticum, a state-of-the-art company whose purpose is to make precooked bread for gourmet cuisine and whose customers include top contemporary chefs such as the Roca brothers, Martín Bersategui and Richard Camarena.

Yohan Ferrant will be another of the prominent names. Highly acclaimed by professionals as a baking consultant, with a long international career behind him, he will focus his talk on the major growth of the sector's schools.

Points of view on cultivated sourdough

For visitors looking for technical knowledge, on Sunday 19 February Intersicop will be the setting for an interesting debate on cultivated sourdough, with the participation of four members of the select Club Richemont España (Jordi Morera, Pep Aguilar, Carlos Mariel and Arturo Blanco) and chaired by Eduard Crespo, a benchmark in Barcelona baking and creator of the Pa de Sant Jordi.

On Monday 20 February, Andreu Llargués, José Maria Fernández, Juanjo Rausell and Arturo Blanco will analyse the initiatives of the Confederación Española de Organizaciones de Panadería (CEOPAN) over the last year and will provide a taster of the actions scheduled for the coming months, highlighting the need for the baking sector to act collectively before the State and the rewards this will bring.

The know-how of the Valencians

The experienced Salvador Pla and José Vicente Galán, advisors to the Guild of Bakers and Confectioners of Valencia and very knowledgeable about the potential of the dough sector, will be at IFEMA on Monday 20 February demonstrating their talent and know-how in creative pastry and packaging.

These nine candidates will be able to see live at the fair the high level of the current Espigas, who, on Tuesday 21 February, will do a demonstration of their prestigious talent and also of how well they work as a team.

The International Bakery, Pastry, Ice Cream and Coffee Fair will be held in Halls 12 and 14 of Feria de Madrid, from 19 to 21 February 2017 with one goal: to become the meeting point for suppliers and professionals; but also for manufacturers and distributors, students and colleges, pastry chefs, bakers, ice cream makers and other groups linked to these sectors in Spain.

The trade exhibition of products and services will be further enhanced by many parallel activities, including technical demonstrations, talks of interest to professionals, presentations of new products, national competitions and other content that will be organised to enhance this important industry event.