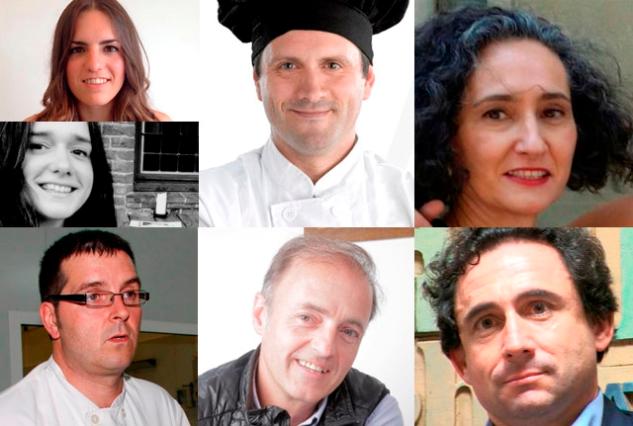 The next edition of Intersicop, the International Bakery, Pastry, Ice Cream and Coffee Show, will be the venue for top-tier Technical Seminars, three national contests of great interest to professionals and a full range of the latest in equipment and raw materials. Intersicop 2017, to be held from 19 to 21 February in the halls of IFEMA, will also offer an interesting programme of presentations as part of the Intersicop Forum. Visitors will be invited to discover examples of successful pastry and ice cream makers, the many benefits of including cereals and bread in one’s diet, and an interdisciplinary study by the Basque Culinary Centre on new lactose-free ice cream recipes for salty palates.

The Intersicop Forum can be found in the connecting area between Halls 12 and 14, in which the show is being held.

On opening day, Sunday 19 February, at 6:00 pm, Javier Aramendia, from Casa Aramendia, will show how the economic crisis can offer an opportunity for growth. This pastry shop, which at one point was about to close due to the effects of the crisis, is an example of a business that was able to reinvent itself. It now has 12 branches and in recent years it has received two important awards, the 2016 Euskadi Award for Business and Tourism and the 2015 Commercial Enterprise of Gipuzkoa Award.

On Monday 20 February at 1:00 pm, it will be the turn of Miguel Moreno, who was recently elected president of the Spanish Confederation of Pastry Entrepreneurs (CEEAP) and is the owner of Pastelerías Mallorca. This family business, which was founded in 1931 with ensaimadas (a typical sweet bun) as its flagship product, became a large chain of internationally known pastry shops in 2015.

On Tuesday 21 February at 1:00 pm, visitors will be able to hear a talk by Hèctor and Rubén Argemí, the third-generation owners of Maximum (previously known as Helados Italianos), one of the most historic ice cream shops in Barcelona, which has been located on Las Ramblas since 1940.

And on the day before that, Monday 20 February at 6:00 pm, Albert Soler, one of the people responsible for Gelats i Torrons Soler, will explain his experience of success. Albert is interested both in the scientific side of ice cream and in answering some of the issues facing the ice cream shops of the future.

The Forum will also be a place for learning about scientific studies. María Jesús Callejo, full professor at the Department of Food Chemistry and Technology at the Madrid Polytechnic University, will present a paper on Tuesday 21 February at 11:00 am on the importance of including cereals and bread in one's diet according to recent research, emphasising aspects relating to formulating whole-grain breads.

And for those who want to discover the latest trends, Blanca del Noval and María Mora, a student and R&D i researcher in sensory perception at the Basque Culinary Centre, will present on Tuesday 21 February at 4.30 p.m. an interesting interdisciplinary study on new lactose-free ice cream recipes for salty palates.