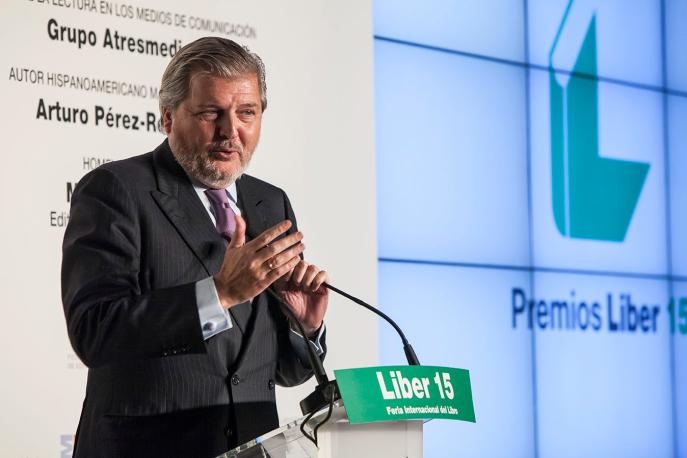 The Board of Directors of the FGEE gave the Award for the Promotion of Reading in the Media to the newspaper "La Nueva España" for its "Cultura" supplement  for its work in promoting reading among the population of the Principality of Asturias. The Liber 2017 Award for Best Audiovisual Adaptation went to director Juan Antonio Bayona for his film "A Monster Calls", produced b Apaches Entertainment, Telecinco Cinema, Participant Media, RiverRoad Entertainment and Películas La Trini. The Board of Directors of the FGEE highlighted the "excellent adaptation of Patrick Ness' novel to the audiovisual language. It is an exponent of the symbiosis of literature and cinema".

The Award for Promotion of Reading in Public Libraries will go to Sistema de Bibliotecas Públicas Municipais del Concello de Oleiros [Municipal Public Library System of Oleiros Council]. The Board of Directors of the FGEE wants this prize to acknowledge "their intense dedication full of activities in an urban centre and in a more disperse population", as well as the provision to the population of more than four hundred reading posts and bibliographical resources well above the national average.

The bookshop Lé received the Boixareu Ginesta Award for Bookseller of the Year. The panel gave the award to this Madrid-based bookshop for being "a young bookshop which does important work in encouraging written culture and contributing to the consolidation of the book chain". The panel also acknowledged Rodrigo Rivero's career as a bookseller.

The LIBER 2017 Award for Most Prominent Hispano-American Author went to writer and academic Javier Marías. The award recognises "his contribution to the modernisation of the Spanish-language novel and the cosmopolitan nature of his literary work, as shown by the numerous translations to the main languages of the world".

Finally,  the publisher Emiliano Martínez will receive the Tribute Award of this edition –—granted by the International Book Fair and FGEE– [Spanish Association of Publishers Guilds]—in recognition of his career dedicated exclusively to publishing textbooks in particular, both in Spain and in Latin America. With this award, the members of the Governing Board of FGEE wanted to highlight his dedication to the sector, which has led to him having a prominent presence in industry institutions.

This prize will be awarded on 5 October in the Real Fábrica de Tapices in Madrid as part of the activities of LIBER, which this year is being organised by IFEMA.

LIBER 2017, organised by IFEMA and the FGEE, will take place from 4 to 6 October in Madrid. It is sponsored by the Spanish Ministry of Education, Culture and Sport and the Reading Promotion Plan, the Spanish Ministry of Economy, Industry and Competitiveness; ICEX, the Autonomous Government of Madrid, Madrid City Council and CEDRO, with the collaboration of the Asociación de Editores de Madrid [Madrid Publishers Association] and –AC/E Acción Cultural Española.