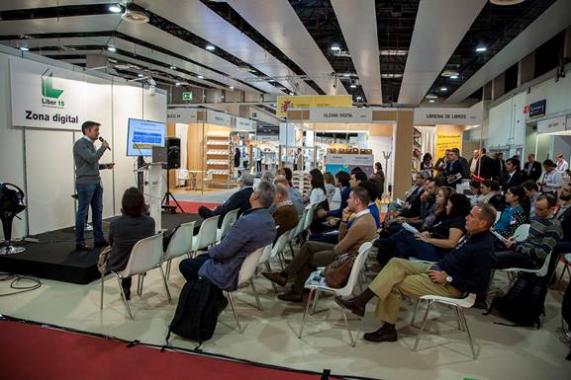 Thus from 4 to 6 October the International Book Fair, now established as the  major international gathering for books in Spanish, will become the perfect place to launch this second edition of the Forum, whose priority is to promote the Spanish language as an active generator of business.

This forum is about dynamising and internationalising the various productive sectors that operate around Spanish - the world's second most spoken language.

The 2nd International Forum on the Spanish Language is designed to be a melting pot for participants in the cultural industry surrounding Spanish.  This forum will revolve around a full programme of technical days and commercial meetings to facilitate contacts between private and public operators.

The programme will commence on 4 October with sessions under the heading "Language Tourism". These will be centred on the internationalism and positioning of Spanish in the world through the development of language tourism. They will include professional contributions from the major institutions, universities and businesses in the sector.

Finally, 6 October will be the day for "Content for ongoing thought " which will include the session `Wikinovela´ organised by the Spanish Language Platform. This session will focus on the presentation of the content and results from the  Collaborative Miguel de Cervantes Wikinovela , and on analysis of the contribution of digital technology to literary creation.

Every day during the Fair there will be a "Business Afternoon" with previously arranged business meetings taking place between companies and institutions interested in trading and exchanging products and services. These business-focussed meetings will have their own space designed to encourage the exchange of offer and demand.

With the 2nd International Spanish Language Forum and the 35th anniversary of LIBER, Madrid will again become the epicentre for the Spanish language between 4 and 6 October.