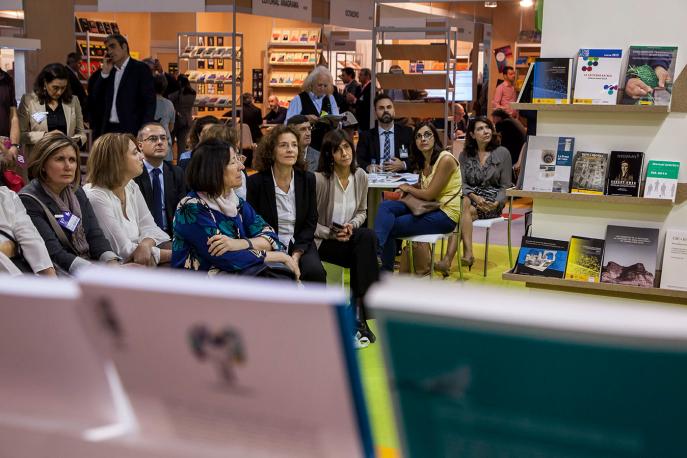 The panel gave the award to this Madrid-based bookshop for being "a young bookshop which does important work in encouraging written culture and contributing to the consolidation of the book chain". The panel also acknowledged Rodrigo Rivero's career as a bookseller.

Since 1995, the "Boixareu Ginesta" prize has awarded booksellers and bookshops that play an important role in developing and promoting literary culture and contributing to the consolidation of the book chain in the areas they work in.

Just eight years old, Librería Lé is a young project led by highly experienced professionals. The whole team at Lé have long careers in the book world which began long before the store opened. One of them is Rodrigo Rivero, who worked in the Librería Aguilar bookshop before joining the now defunct Librerías Crisol. The closing of the latter is what prompted Rivero to begin this project together with his partner Enrique Fayos.  Since it was created, Lé has been associated with Librerías L, the biggest network of independent bookshops in Spain.

Its shelves and tables have books of all genres, from classic to the most recent fiction, to poetry and theatre, comics and graphic novels, history, philosophy, economics, science, cookery, teaching, psychology, law, IT, art, religion, travel and a well stocked children's section.

Under the slogan "Eres lo que Lées" ["You are what you read"], an idea from the poet Fernando Beltrán, the Lé team pay special attention to providing personalised customer care. As well as giving advice about new reads, the customer provides ideas, authors and literary tastes in order to create a big family.

Lé has also become a cultural meeting point, with events like book presentations, talks, meetings with publishers, and so on, all aimed at putting readers and authors into contact with each other.

Children have their own important space, both in the form of the bookshop's children's section as well as the frequent storytellings and kids' workshops.

Previous winners of the "Boixareu Ginesta" prize include Librería Cálamo in Zaragoza (2016) Laie in Barcelona (2015) and Antonio Machado in Madrid (2014).

rom 4 to 6 October at Feria de Madrid, Liber, one of the reference events for Spanish-language publishing, will host 300 exhibitors who will display their latest published works and technological innovations related to the book world. The fair also includes a comprehensive programme of professional sessions to debate and reflect on industry news, as well as the award ceremony and various cultural activities.