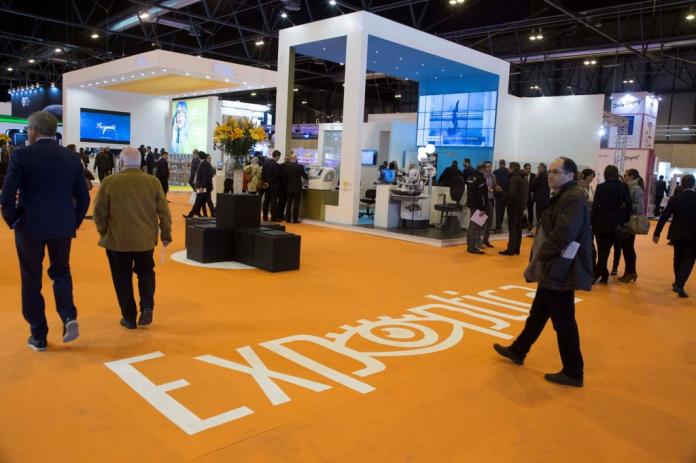 ExpoOptica, International Optics, Optometry and Audiology Exhibition, organised by IFEMA, is making excellent progress with its preparations for the 32nd edition, which will take place from 13 to 15 April 2018 at IFEMA-Feria de Madrid.

Four months before the opening date, the space allocated to the exhibition has already been taken up, with more participating companies registered than those attending the last edition in 2016, when 127 direct exhibitors and 320 exhibitors and brands were there.

With 31 editions under its belt, ExpoOptica is still working to upgrade and fully adapt to the needs of the market and its professionals in the field of vision, audiology, business, trends, training, innovation and fashion, boosting its area of influence as the leading professional and business meeting for the sector on the Iberian Peninsula. It will achieve this by undertaking a set of initiatives, which include providing more dynamic areas at fair, and especially aimed at business, education, health, fashion and innovation.

One of these initiatives is Fashion Optics, an area launched at the 2016 edition of the show which focuses on Fashion, echoing the trend of the market to offer designer glasses designed for people concerned with their appearances. Moda Óptica will highlight glasses and frames by the participating firms that fit the fashion concept.

Another initiative launched at the last edition of the exhibition that will be back at ExpoÓptica 2018 is the second Scientific Innovation and Technology Gallery, organised jointly by ExpoÓptica and the General Council of Colleges of Opticians-Optometrists, which will exhibit products, selected by experts, which have been developed by companies and public and private bodies, that represent technological or scientific advances with respect to those already existing in the market.

The Scientific Innovation and Technology Gallery, the first edition of which was very well received at the 2016 exhibition, aims to recognise the professionals and entities from the world of research, essential to this sector, contributing to better knowledge of innovation in the optical sector by companies and sector professionals, and among the public. The Scientific Innovation and Technology Gallery has been allocated its own space in the same hall where ExpoOptica takes place.

ExpoOptica Forum will also take place in the same hall, and will comprise training seminars on business management in optical health businesses, designed to improve professional training and to meet the needs of an increasingly competitive industry.

In addition, the 25th edition of OPTOM, organised by the General Council of Colleges of Opticians-Optometrists, will take place on 13, 14 and 15 April 2018, at the North Convention Centre at IFEMA, to coincide with the 32nd edition of the trade show.

OPTOM has been scheduled to coincide with EXPOOPTICA to strengthen synergies between both, and to offer professionals scientific advances in both optometry and ophthalmic optics, with innovations from the brands participating in the show, all under one roof, at IFEMA.