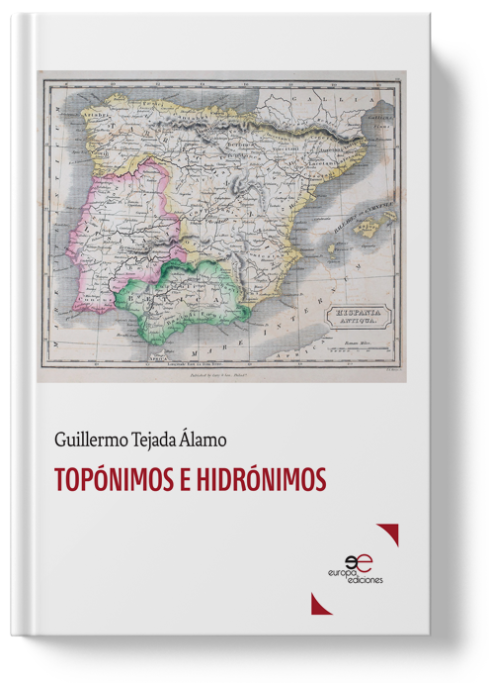 It all started by curiosity, not by chance. The desire to give answers to his students brought Guillermo Tejada Álamo to investigate the origin of the names of the fresh water reservoirs, especially the rivers which, like fire, have been crucial for human development. Not in vain, humans settled close to these water resources. It is enough to remember the Sumerians, the first and oldest civilization in the world, which settled between the Euphrates and the Tigris. These reservoirs are so important that, like the author says, “the human beings not only gave them a name, it was also an aristocratic one, depending on their geographic location”. Tejada Álamo’s journey is also historical: he goes back to the Celtic people, who probably came from the central and northern Europe and reached the Iberian Peninsula, bringing their culture with them. Nowadays, we can recognize their passage thanks to several names of rivers and localities. This is the case of the river Ulzama, in Navarre, and Aragon, between Huesca and Navarre; of the Gumiel village, in Burgos; the city of Palencia, too. However, Toponyms and hydronyms goes beyond the Spanish borders to visit other places in Europe, such as Rome and Austria. It also crosses the sea to explain the denomination of different rivers: the Plata, in Argentina; the Magdalena, in Colombia; the Orinoco, in Venezuela; the Arakan, in Niger; until the lake of Argyle, in Australia. Undoubtedly, Tejada Álamo’s work is an invitation to sail, to immerse sometimes in the waters of history, to understand what unites humanity.

He graduated in Geography and History at the University of Valladolid. He’s worked as a professor for many years. This is not his first publication. He’s also published different writings on Facebook, and a video on Youtube on sexual education.