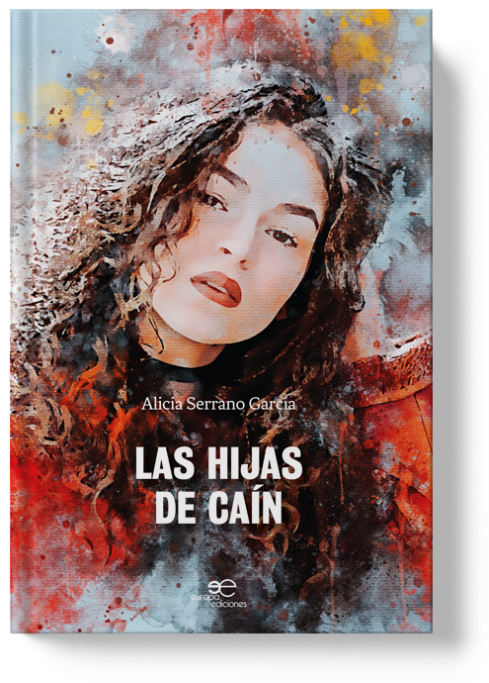 “Those nine numbers brought her mind back to the childhood she tried so hard to run far away from... The old and forgotten backyards. Wreckage in the corner. A little puddle caused by the seepages of the drainpipe. The floor, worn-out and wrecked by the weight of the steps over the years. Never fixed rotten and bloated wood, leaning near there. Was that the last thing her mother saw? Was this yellowish street light the one who guided her to the end of the tunnel when her body said enough? ...” .

This work captures the reader's attention from the beginning with its emblematic title “The daughters of Cain”, in which the author tells about the life of a family that has no emotional bonds, connected by the only one thing that every character feels during his life... shame. A grandfather who recognises his daughter's numerous mistakes in his grandchildren; he amplifises them until he becomes their enemy, isolating himself in his thoughts full of hate and resentment, showing, only for brief moments, a thin vulnerability. A girl who reawakens to her life and fate thanks to a stranger that makes her think about “attitude” as the key word to feel better with ourselves. This lesson will make her reconsider all that the town where she grew up could offer her.

Alicia Serrano García was born on October of 1985 in Córdoba, Spain. Her family moved soon to Requena, a village in Valencia. A hardened reader since her childhood, with her always creative mind she showed a great attitude in writing. When she was 16 she obtained the “Certamen Literario Juvenil Cal y Sarmiento”. Majored in “Educación Social” at the University of Valencia, she published her first work “Sad Eyes” in 2014. Currently, she conciliates her passion for writing with her career as social worker, organising workshops for people with Alzheimer's.