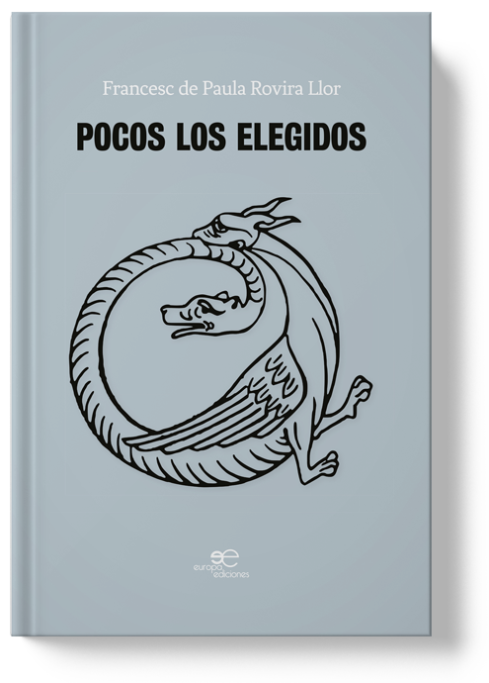 “At the end of the beam of light, he even saw the profile of the Virgin Mary looming; calm and smiling, she was moving close, gently holding out her hand...”

From the beginning, the author catches us in a cult and well-built story, full of unknown details of the Masonic lodges and their origins; those details are intertwined, and everything seems to be subjected to a perfectly prearranged plan, in which the main feelings are the thirst for power and wisdom. This work shows us how far a man can go to reach power; alchemy, magic, rituals, the lobbys and the Church are the protagonists. Reading these lines, the light recovers its fundamental and unforgettable role, its power through faith.

Francesc de Paula Rovira Llor was born on the 19th of April 1965. He obtained his law degree in 1993 and the investigative licence in 1995 from UNED. He's a practitioner lawyer since 1994. He has published various articles about the world of the law on magazines like La Vanguardia, El Mundo Financiero, Togas Biz, ISDE; he has taken part in TV and radio shows such as ETV, TV25 and Catalunya Radio, again in matter of law. The Chosen few is his first fantasy-historical novel about esoterism.