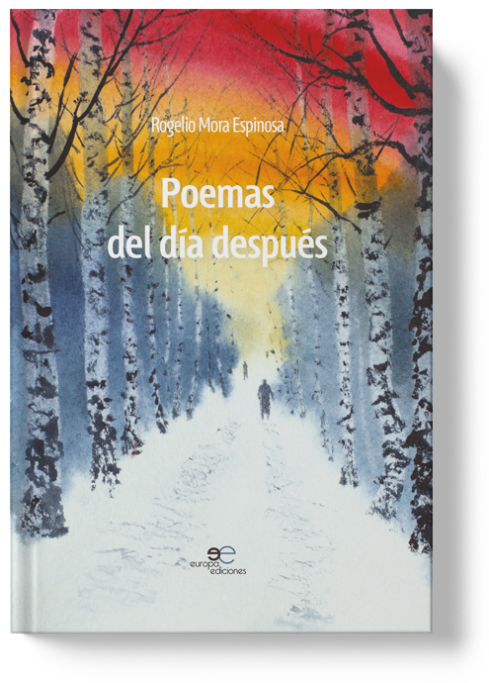 As Pessoa wrote, words are tactile bodies ””. This seems to be precisely the three dimensional space in which the present book of poems arises with its inspired and clear ward, as not to destroy the wise and
meticulously built balance.The poetry that deve lops through the p ages of Poems of the day after represents not only the search for harmony, but also a study, an exploration of the states of mind. Therefore, the path taken by the reader through the verses of Rogelio Mora Espinosa is not free of discoveries, changes of themes and moods. In fact, one of the most evident skills of his writing is his literary curiosity, which is also the element that makes poets release the veil of appearances.

Rogelio Mora Espinosa was born in Havana, on December 1953. He worked as a proofreader from 1974 to 1980. Despite his “addiction” to reading, he didn't start to be interested in writing stories and
poems until he began to meet the authors of the books he corrected. He studied infirmary at the University of Havana. He completed his studies in 1992 and, two years later (1994), he came to Spain to escape the health risks that were afflicting his country. In fact, for a long time, travels from Cuba were forbidden. Since then, he has lived in Madrid, where he icreased hi s interest in literature, especially in poetry. He was finalist in two different contests carried out by the publisher “Diversidad Literaria”, for erotic poems, published in a book Erotismo poético IV . He was also the finalist of another poetic contest by the same publisher, a contest of haikus this time, with Entre sílabas anda el juego . He published in Amazon, the collection of poems Bajo la Sombra de los Poemas.