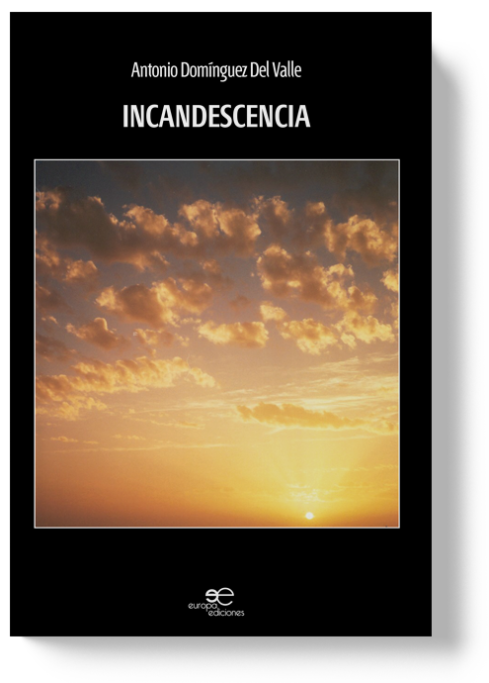 Antonio Domínguez del Valle's poetry is full of silence and memories that reach the thoughts, like voices of water. Incandescence is an anthology of verses and poetical texts, showing us the author's
most introspective and intimate side. It's a mystical writing that makes us think about a research, perhaps Domínguez del Valle's search for a religion; a personal journey capable of enriching his poetry
and his ideas about the world and its beliefs. This is a work made of paths, in which the reader becomes a traveller, someone who, in its words, is searching and expecting to find.

Antonio Domínguez del Valle (1937-2013) was born and died in the province of Huelva (Spain). He was a teacher, until his retirement. His job brought him to visit several places in Spain. His strong personality has led him, since his childhood to start a spiritual research which made him switch from an ideology to another, until he realized his own religion called “Nameless Eternal Religion”. In his life, he only published one little book of poems in prose. He was more than a poet or an intellectual: he was a mystic who used to think that his writing was never enough, aiming to create his own spiritual community.