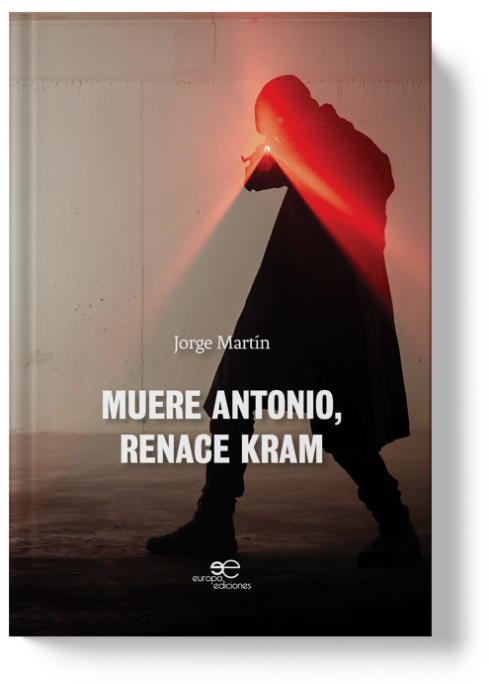 Barcelona, early autumn. A flying wreck is seen in the sky. It comes from the darkness of the cosmos. It was identified months ago. It's Tlup-Atac, the Gnostic Transformer. Billions succumb to Christ's
return. Many others sleepily wander around; through Messianic hallucinations and multiple personality disorders, they still stand anyway. “The Last shall be First” they say all the time on TV; what about the seconds to last, or the ones in the middle, then? Monard, wayward ram of the Lord, a drug-addicted waiting for a rebirth, rushes to an old friend's funeral, the Third-to-Last Antonio. The ceremony is led by Huginiguh, a narrow-minded priest who reads in Antonio's suicide a coward surrender to the redemption and the glory offered by Tlup-Atac. Monard spents the following days with Laura – Antonio's wife – and her daughters – Ruth and Iris. The French Riviera is the starting point for his investigations. A telephone number found in one of Antonio's agendas leads Monard to the Emeraude de Antibes Hotel, where he stayed a few days before his death. The consierges talk about a latin young lady, the sweet Mary. Monard continues to follow his loyal informer's clues, Jyog Trel: doing drugs to stay sober and distinguish who's not to be trusted. During his journey he meets sinister characters: the elusive scoundrel Nickey, ghosts as El Argelino or the Bruja Sá-Sá. Each of them seem to be linked to Antonio's death. The shadow of the sacrificial murdered looms in front of Monard's eyes, who lives only by and for Mary.

Jorge Martín was born in 1981 in Madrid. He's the author of two books of poems. During these last years, he combined his job as a TV writer with the writing of his first novel.